Carbo Culture — a startup that has scaled an industrial process to create large-scale CO2 removal using woody waste from agriculture and forests — has raised $6.2 million in seed a financing round led by Silicon Valley VC True Ventures. The round was co-led by European early-stage venture firm Cherry Ventures. Swiss climate investor Übermorgen Ventures also participated. The new funding will be used to grow the team, product development, and build one of Europe’s largest carbon removal facilities.

Energy from the sun creates photosynthesis in plants and turning CO2 into plant matter that eventually decomposes and re-enters the atmosphere. Carbo Culture mimics this existing process, it just makes it much, much faster.

Carbo Culture describes its process as an “ultra-rapid conversion” where woody residues are turned into functional biocarbons at an extremely high temperature. The process then “locks” the carbon into a sort of charcoal that won’t degrade for 1,000 years. 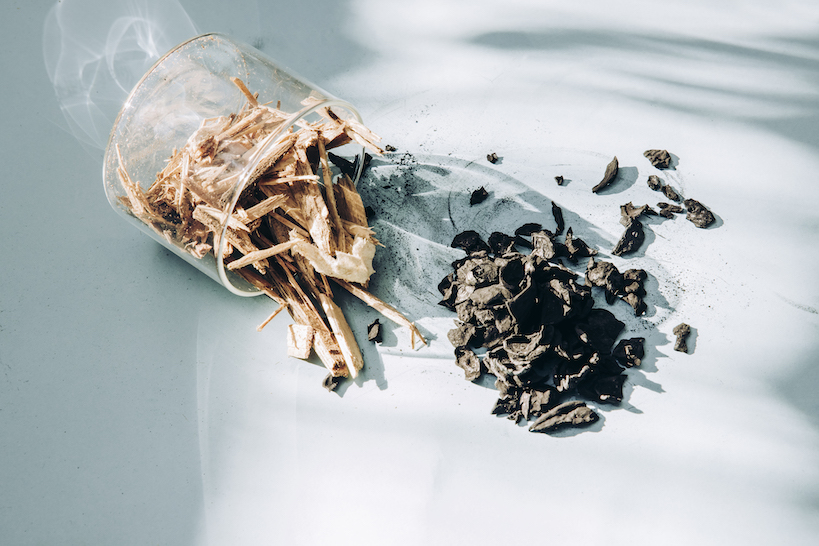 As well as removing CO2 from the wood, the whole process of generating this biocarbon from the wood waste generates renewable heat which can literally be used to heat homes or drive turbines to make electricity. The left-over biocarbon product can be used in biomaterials or environmental engineering, and could replace other polluting materials or be used in gasifiers, reducing greenhouse-gas emissions or perhaps in agriculture to improve soil health.

Thus, the startup sells two things as its main products: carbon removal credits and the biocarbon itself.

CEO and co-founder Henrietta Moon said in a statement: “We have this race against time to sequester billions of tons of carbon, and we’re not fully even utilizing one of the largest drawdown mechanisms in the world, the natural carbon cycle. At Carbo Culture, we’re tapping into it with a breakthrough technology that uses the already drawn down carbon in biomass and converts it for storing away for millennia.”

Toni Schneider, partner at True Ventures said: “We believe venture capital should play a greater role in creating a sustainable planet, and Carbo Culture has so many of the right ingredients for solving one of earth’s most pressing problems. Demand for carbon capture is rising, and meeting this demand will require some reimagining. Henrietta and her team have the experience, technology, passion, and palpable vision to turn this big idea into a truly impactful one.”

Sophia Bendz, partner at Cherry Ventures said: “Carbo Culture has created one of the most effective negative emissions technologies through their patented technology and I can’t wait for them to scale up and remove significant amounts of carbon from the atmosphere. Henrietta, Chris, and their entire team have the inventiveness, technological know-how, and grit required to both scale and, most importantly, succeed in tackling the larger climate issues affecting us all. We are beyond excited to partner with this brilliant team and support them on their mission to remove CO2.”

CTO and co-founder Christopher Carstens said: “We’ve managed to scale up production capacity 8x in volume, develop the system further, and begin testing with private labs, customers and universities. We’re now running our shipping container scale pilot plant in California’s Central Valley, where we can process over 200lbs of biomass per hour.”

The co-founders met at Singularity University’s 3-month program in 2013 at the Nasa Ames Research Center.

The underlying technology has been licensed from the Univerity of Hawaii, but, say the founders, it has been independently verified by Puro.earth, a carbon-negative marketplace

Moon added: “Our cost to remove carbon is currently at above $600 per CO2 ton, and we’re aiming to drive the cost to $400 by the end of next year, and looking to achieve $200 by 2024. We’re building a scaled-up facility in the next 18 months, and it will become one of Europe’s largest carbon removal facilities.”

The vast majority of scientists believe the planet must curb CO2 emissions and remove carbon from the atmosphere at the same time, reaching net-zero emissions by 2050m for global warming to stay below 2C and void catastrophic climate effects.

from TechCrunch https://techcrunch.com/2021/04/14/large-scale-co2-removal-startup-carbo-culture-raises-6-2m-seed-led-by-true-ventures/
via IFTTT